This February, all eighth grade students at Pollard Middle School experienced the immersive living history performance of “A Revolution of Her Own! The Life of Deborah Sampson.” Judith Kalaora, founder of History at Play, wrote, directed, and performed the piece. This particular performance was selected in collaboration with the League of Women Voters in Needham to celebrate the 100 year anniversary of the 19th amendment, which officially granted women the right to vote.

The intimate setting allowed students to be involved not only in watching, but also in interacting with the performer as Deborah Sampson. After the performance, students engaged in discussions about the messaging of gender roles in Revolutionary times and connected to the complexity of identity and gender in the current day. Many students found the performance powerful in its representation of a strong female character and appreciated being exposed to a different medium of history (i.e., a living history/oral history mode).

Teachers noted that the performance highlighted and breathed life into the voice of women from the Revolutionary War period, a voice that has been challenging to include. They also noted that students paid close attention and were engaged in the entire performance and subsequent discussions. 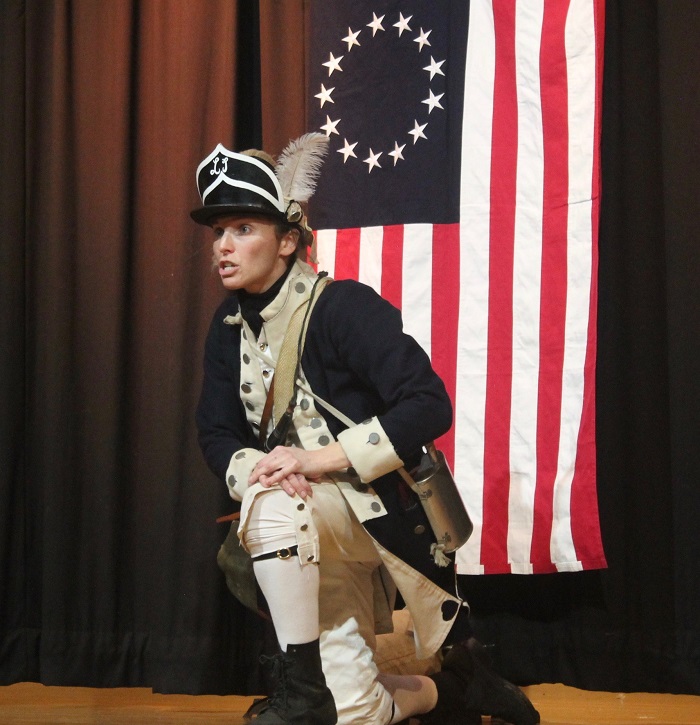